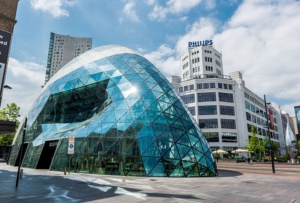 Eindhoven is a municipality and a city in the south of the Netherlands, originally at the confluence of the Dommel and Gender streams. The Gender was dammed short of the city centre in the 1950s and the Dommel still runs through the city. The city has a population of 223,220 in January 2015, making it the fifth-largest municipality of the Netherlands and the largest in the province of North Brabant.
Neighbouring cities and towns include Son en Breugel, Nuenen, Geldrop-Mierlo, Heeze-Leende, Waalre, Veldhoven, Eersel, Oirschot and Best. The agglomeration has a population of 337,487. The metropolitan area consists of 419,045 inhabitants. The city region has a population of 753,426. Also, Eindhoven is located in the Brabantse Stedenrij, a combined metropolitan area with about 2 million inhabitants.
Shopping at EindhovenEindhoven’s weekly street marketsHere are some of our favorite street markets in Eindhoven!

WoensXL shopping center have about 150 shops which are supermarkets / department stores for both your daily groceries and extensive stores, cozy restaurants.

It also have cheap big parking area which added advantage for shopping.

Albert Heijn and Jumbo are open till 10:00pm on Weekdays and on Weekend till 8:00pm which is extra advantage of this location for many working people to buy the home needs in the evening after office hours.

You can find Many brand Shops as well in the WoensXL